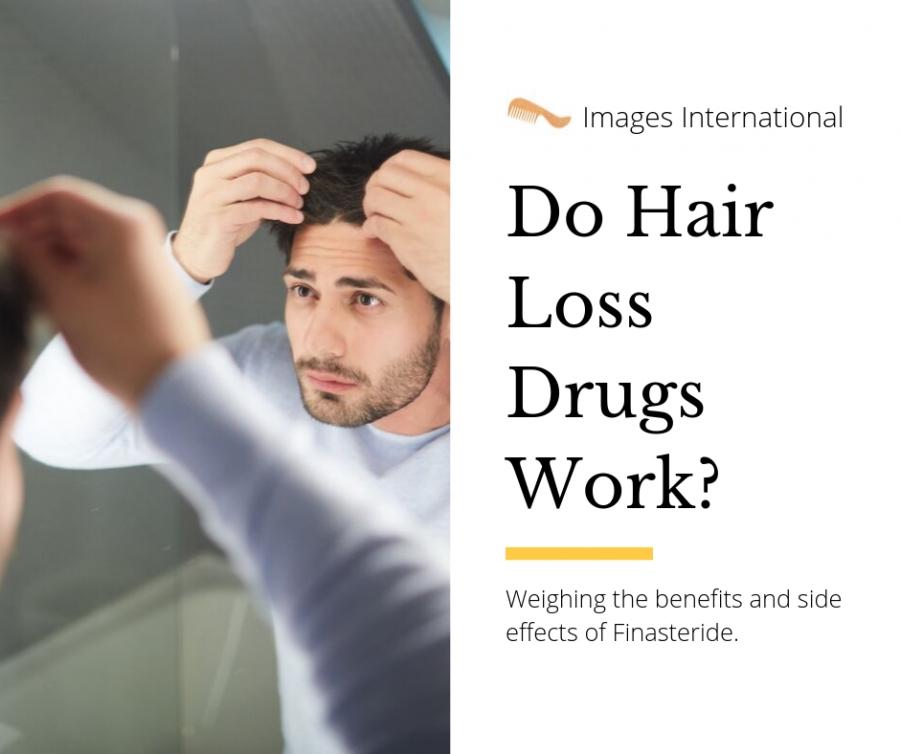 Finasteride is an oral medication used to prevent hair loss. It is also known as Propecia. The mechanism of action is that it reduces 5α-Reductase which is an enzyme that converts testosterone into DHT (dihydrotestosterone). DHT is the main hormone the causes hair loss in men. It causes damage to the hair follicles over time, this is called hair follicle miniaturization. The damage causes hair to grow in thinner and shorter until the hair follicle stops growing hair altogether and it disappears. There is no way to bring a hair follicle back once it is gone.

Some men are more sensitive to DHT than others and the hair follicles at the hairline, temples and crown tend to be the most sensitive among those experiencing male pattern baldness or androgenic alopecia. Some men have a horseshoe around the back of their head indicating the hair follicles around the sides and back of their head are more resistant to DHT than the ones around the hairline, temples and crown.

The question of whether Finasteride works depends on the person. Many factors effect hair loss but if there are hair follicles present and if the hair loss is caused by a genetic predisposition that would make a good candidate. It is important to note that finasteride is a way to protect against further hair loss rather than a way to regrow hair that you’ve already lost.

One study showed that 83% of finasteride users stop losing hair when they are taking the medication. 65% of men regrew some of their hair. This amount of regrowth varies and is difficult to predict. Finasteride will not completely restore a thin or receding hairline. Studies suggest you may experience some regrowth in areas where you have recently noticed thinning. Regrowth will not be possible in areas that have been bald for some time. The earlier you act when you notice thinning hair the best chance any treatment will work.

Oral medications do not come without risk. Finasteride has side effects such as low sex drive, weight gain, breast enlargement, depression memory loss and suicidal thoughts. Since 2011 there have been 1,245 lawsuits involving Finasteride. The drug maker, Merck has been accused of not disclosing the cognitive side effects of the drug. It seems depression and suicide are commonly seen with use of the drug. The effect of the hormone suppression with Finasteride can affect some people for the rest of their lives.

One troubling side effect, erectile dysfunction was reported in some cases to exist 3 ½ years after stopping the drug. The younger the age of the male while taking the drug seemed to increase the risk of the side effect.

Doctors who once thought that Finasteride prevented prostate cancer were disheartened when they learned that it had the effect of giving a false reading of PSA levels for men being tested for prostate cancer risk. Because of the false low reading, many men discovered they had dangerous, high grade forms of the disease while all along their readings were fine. In fact, a study of men taking finasteride looked at statistics. The study showed while the finasteride group may have had a 25% lower incidence of prostate cancer compared to placebo, they had a 68 percent higher risk of being diagnosed with a high-grade disease defined by a Gleason score of seven to ten. The higher the Gleason score, the harder it is to cure. This is because the drug hid the high PSA levels of these patients.

Images International offers a holistic way of treating hair loss. Using plant derived ingredients your scalp health is optimized to grow healthy hair. Clearing the hair follicle, balancing your scalp’s pH and nourishing the hair follicle all contribute to stop hair loss and stimulate new growth. All of this is done in a completely drug free way. If you’d like more information about the science of hair and scalp call us at (248) 540-0900 and let us look at your scalp health during a free hair and scalp analysis.

More in this category: « Should African American Women Wash Their Hair More Often? The Facts About Rogaine »
back to top

Please select one or more of the options below or type a phrase in the search box.